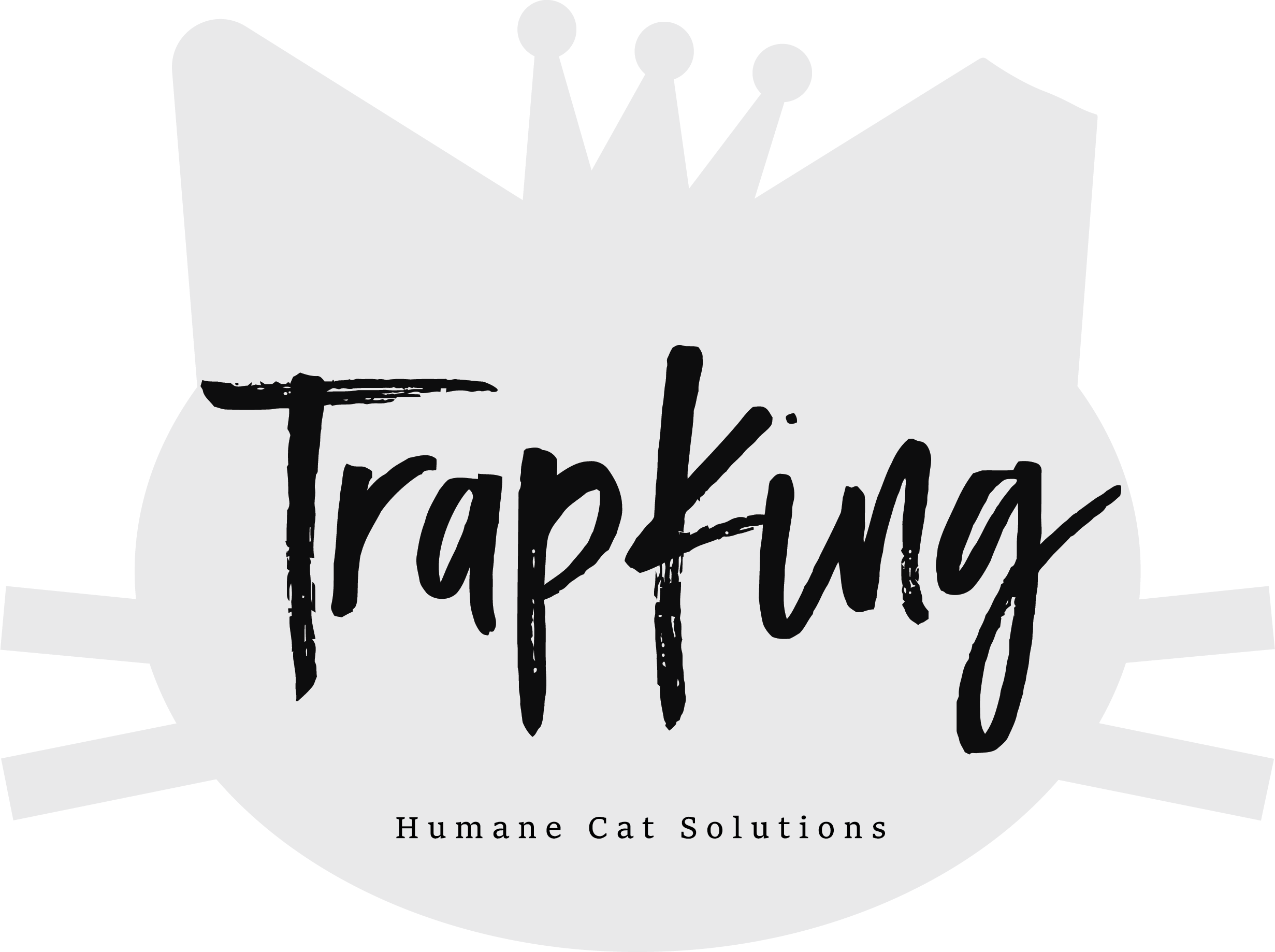 TrapKing’s mission is to change the stereotypes of not only men in cat rescue, but also bridge the gap in communication between black communities and animal rescue/local shelters.

Sterling “TrapKing” Davis is a well traveled, ex-military, music and cat enthusiast that has always loved entertaining and interacting with people. Becoming vegetarian after visiting a slaughterhouse, at 12 years old, his love and respect for animals has always been there but his relationship with cats grew to be more special. Sterling was always the only guy that either had or wanted another cat growing up. Working at a shelter, he started cleaning litter boxes and learning more about cats until he was eventually promoted to a TNR/Outreach position where he was able to really add to his love and knowledge of cats. In Dekalb, Ga he worked for over 3 years educating, assisting, and doing outreach for TNR and community cat management. A career working with cats? Why would he ever do anything else?

All over the world, feral/stray cats overpopulating and spreading disease has been a major issue. Overpopulation is bad for cats because they fight over food/resources and they spread disease. This also creates a problem for taxpayers and people in the community when it comes to dealing with this issue. Taking an “extermination” approach has proven to not only be expensive for taxpayers but it doesn’t present an effective or humane solution to the issue.

The only effective and humane way to handle feral/stray cat population issue is through TNR (Trap Neuter Return). TNR is the only humane alternative to euthanasia (death) for feral/stray cats; In this process cats are caught in humane/pain free traps, taken in to local shelters where they are spayed, neutered and vaccinated. Cats are then RETURNED back to their colony (community/neighborhood they came from). Once returned these cats can live the rest of their lives without overpopulating, spreading disease, or fighting over resources. Cats that have been through this process can be identified by an ear tip/notch. In Atlanta, GA the left ear is tipped, however different locations may have different ears that they “notch” or “tip”. Some places vary on county and/or the sex of a cat. The reason for this is so that the same cats don’t go through the TNR process again as going through anesthesia multiple times could be fatal for a cat; this also helps with actually keeping record and controlling the population.

Some may disagree with returning cats to the community. Some may feel as if they don’t want the cats back as they are a nuisance or maybe they are allergic and don’t like the cats being around. That’s understandable but it should also be understood that with proper feeding times/stations along with TNR done correctly, the cats are less aggressive as the colony stays small so food isn’t as scarce and there isn’t a need to fight over mates if nobody is reproducing!!!

Another issue with trying to “rid” a community of all cats is that you have to be ready to deal with the mice and snakes that the cats usually tend to manage or keep under control in the area. Because the average life span of a feral cat is only 2-3 years, TNR is a humane solution that benefits those that don’t like cats, those that love cats (like me) and our furry friends themselves as they get a chance to live out their lives without being a problem to the community or having to fight each other over food, territory and mating.

For many many years now shelters and local rescue groups have used TNR to effectively help control feral/stray cat populations and it’s working!!! The efforts of so many has shown that TNR is indeed the way; with more people taking part in the TNR process, getting involved and reaching out to others… the animal rescue community is finally starting to see positive changes. The only issue is that for so long, Animal Rescue, TNR, and especially cats have been seen as the responsibility of “single old ladies”. Over time you start to see more people get involved in rescue with dogs and even men have become more involved, however with cats it’s still a little rare to see a man out there doing TNR or even have a cat as a pet. That’s where TrapKing comes in!!!

In cases where friendly/social cats are trapped they can be microchipped by the local shelter while being spayed/neutered/vaccinated and possibly be adopted to a forever home!

TrapKing works with Java Cats Café to find forever homes for these friendly and social cats. Java Cats is a Cat Cafe out of Atlanta where people can come in, have some coffee and hang out with some cats and even adopt right from the coffee shop. In their first year of operation Java Cats was able to adopt over 200 cats! Together TrapKing and Java Cats come together to show the process of getting cats trapped, fixed and either returned or adopted.